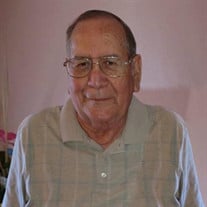 A rosary will be recited for Alfred Bill Gonzales Sr. also known as Billy Gonzales, age 74, of Roswell New Mexico at 1:30 PM Friday December 3, 2021 at St. John’s Catholic Church. A funeral mass will be celebrated after rosary at 2:00 PM Friday, December 3, 2021 at St John’s Catholic Church with Deacon Martinez officiating. Burial will follow at South Park Cemetery. Visitation will be at Anderson Bethany Thursday, December 2, 2021 from 9-5 PM Alfred Bill Gonzales Sr. passed away at his home, Tuesday, November 23, 2021 in Roswell New Mexico. A true survivor of twenty years fighting multiple myloma cancer. He can finally rest after a long battle. Billy has been a lifelong resident of Roswell. He loved his wife, his family, his children, friends and cousins. He especially loved his six grandchildren and his one great granddaughter. Billy enjoyed going out to special events, celebrating holidays, traveling and visiting with family. Upon retirement and gaining strength after ongoing cancer treatments, he loved attending the Roswell Adult Center where he liked to play pool, dominoes, and enjoyed painting ceramics and many other activities. He was also an avid bowler, involved in the seasonal bowling leagues and state tournaments. He participated many years in the men and women mixed leagues. A lifetime love for bowling has given him plenty of awards and trophies. He also proudly participated in a few bowling events with The Senior Olympic games receiving several metals for his many achievements. He was also involved in other sports during his younger days like playing golf, softball, fishing and playing chess. He loved playing dominoes and cards with his family members, going to play bingo, playing online poker games, and buying lottery tickets using his same favorite numbers. He enjoyed watching television following football games, bowling, golf, nascar events and watching old movies. He especially loved football and has been a devoted fan of The Minnesota Vikings. We will deeply miss his passion for life and having fun. Billy was born in Albuquerque, New Mexico to Fred C. Gonzales and Juanita Salazar Gonzales on March 21, 1947 He was married to Maria Andrea Flores Gonzales on September 23, 1966 in Roswell New Mexico Billy was employed at Longhorn manufacturing company in 1968 to 1974 then started working at the bus factory TMC (Nova Bus) in 1974 until retirement. He worked for over 20 years as a factory Lead Man and engine build up and transmission assembler. He also proudly served more than 20 years in the Army National Guard as HHB 1st BN (CHAP) 200th ADA. He was a Senior mechanic in headquarters and Acting motor sergeant. Alfred was Preceded in death by his wife, Maria Andrea Gonzales, his oldest granddaughter, Myranda C. Gonzales, his parents, Fred C. Gonzales and Juanita Salazar Gonzales, grandparents, Guadalupe G. Gonzales, Alejandra Carmona Gonzales, Daniel Salazar Lucero and Amelia Armijo, his younger brother, Fred L. Gonzales, youngest sister Christine M. Aguilar and infant brothers John Gonzales and Robert Gonzales, a sister-in-law, brothers-in-law and several other family members and close friends. Alfred Sr. is survived by his son Alfred Gonzales Jr. and Rose Acosta of Roswell, his daughters, Geneva Gonzales Flores of Albuquerque, NM, Stephanie Carr and Marvin Carr of Webster City, Iowa, Stephanie Hourd and Tielur Hourd of Gilbert, Arizona. His Grandchildren, Joseph Flores, Erika Flores, Allison Carr, Kaitlin Carr, Derek Carr, his great granddaughter Youllana Montoya, his two God sons, James Flores and John Aguilar, his sister Yolanda Urias, several nieces and nephews, cousins, extended family, his pets, good neighbors, and friends. Pallbearers will be his nephews, John Arias, James Flores, Fred Gonzales III, John Aguilar, and grandsons, Derek Carr and Joseph Flores. The family would like to say thank you to the Encompass Hospice Nurses and staff for the recent care that was given. We would also like to extend our sincere gratitude to the Roswell Cancer Treatment Center & Kymera. Thank You to all the Doctors, Nurses and Staff who assisted him throughout his journey. Donations will be accepted for funeral expenses and can be sent to the online go fund me page https://gofund.me/3221ea6a Or visit or call Anderson Bethany to donate directly. Words written by Billy: Remember and cherish the love and memories of me and I’ll be with you in spirit along with the angels of heaven Pray and rejoice that I am no longer in pain or suffering Hold back the tears, Heads up and go on with your lives… Until your time comes and I’ll be there to welcome you into the hands of God’s Peace to All! Please take a moment and share a kind thought or memory with Alfred’s family at www.andersonbethany.com. Alfred’s tribute was written in his honor by his family.

A rosary will be recited for Alfred Bill Gonzales Sr. also known as Billy Gonzales, age 74, of Roswell New Mexico at 1:30 PM Friday December 3, 2021 at St. John&#8217;s Catholic Church. A funeral mass will be celebrated after rosary at 2:00... View Obituary & Service Information

The family of Alfred Gonzales created this Life Tributes page to make it easy to share your memories.

A rosary will be recited for Alfred Bill Gonzales Sr. also known...

Send flowers to the Gonzales family.