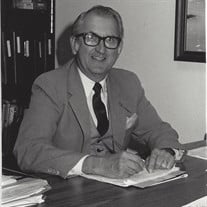 Our dad, Billy Joe Farley passed peacefully from this world on February 23, 2022. He was missing his wife of sixty-nine years, Rachel Roberta Link Farley who passed on January 17, 2022. Bill was born July 23, 1933 in Dumas, Arkansas to Margie and Terry Farley who proceed him in death. Billy Joe, Bill, Capt. Billy Bob or WA5FLG, however you knew him you knew he had a very interesting history. Bill served honorably as a refrigerator maintenance mechanic in the Army and was in the Korean War for eighteen months. Until recently he hadn’t shared stories about his time in Korea and when he decided to open up about his experiences we listened intently to his recounts. When Bill was honorably discharged from the Army, he and Rachel moved to Monticello, Arkansas. Bill was commended for his work with the First Presbyterian Church ministry and Boy Scout Troup in Monticello. They later moved to Little Rock, Arkansas to be closer to family and work with Bill’s father-in-law doing air conditioning repair and attend college, working toward his teaching degree. Bill and Rachel would eventually settle in Alamogordo and make it their home for over sixty years. Bill was on the team that trained Ham, the Astrochimp that flew to space in 1961 while working at Holloman Air Force Base. After Bill received his teaching degree, he taught seventh grade reading at Central Jr. High in Alamogordo and went on to further his education receiving a Masters Degree in teaching from New Mexico State University. Bill taught reading and comprehension and teacher education at the Alamogordo Branch of New Mexico State University until his retirement in 1985. Bill had several hobbies but one that his kids remember most is sitting in his radio room listening to their dad talk to people all around the world. Bill was known as WA5FLG to his radio buddies and a wall was adorned with many QSL cards from talking to the many fellow Ham radio operators. He worked many trainings and incidents as he was part of the Military Affiliate Radio System (MARS) unit at Holloman Air Force Base including working when the Space Shuttle Columbia landed at White Sands Missile Range. Bill was also a member of the Colt Collectors Association. Billy Joe and Rachel raised three children, David Farley (Alison), Dara Farley Dana (Randy d-2019), Julie Farley Lederfine (Eric). Rachel noted on many occasions how their family of five had grown with the birth of their grandchildren, Angela Farley Jones (Andrew); Travis Farley (Jen); Krysta Dana Jones (Jason); Stephanie Dana Eldridge (Shane); and Joshua Lederfine. They also enjoyed their grandchildren, Lydia and Noah. Per Bill’s request no services will be held. We ask you to remember Bill as your teacher, professor or radio contact. Please take a moment and share a kind thought or memory with Bill’s family at andersonbethany.com. or visit us on Facebook. Bill’s tribute was written in his honor by his family.

Our dad, Billy Joe Farley passed peacefully from this world on February 23, 2022. He was missing his wife of sixty-nine years, Rachel Roberta Link Farley who passed on January 17, 2022. Bill was born July 23, 1933 in Dumas, Arkansas to Margie... View Obituary & Service Information

The family of Billy Joe Farley created this Life Tributes page to make it easy to share your memories.

Our dad, Billy Joe Farley passed peacefully from this world on...

Send flowers to the Farley family.