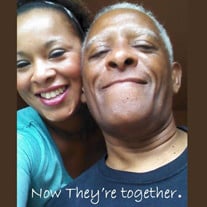 Billy Ray Smith, 66, of Roswell, New Mexico, passed away peacefully at his home on Thursday, January 27, 2022. A Viewing will be held on Thursday, February 3, 2022, from 1:00 PM to 7:00 PM at Anderson Bethany Funeral Home. Funeral services for Billy will be held at 10:00 AM on Friday, February 4, 2022, at Anderson Bethany Funeral Home, with Pastor Brent Clay officiating. Interment will follow in South Park Cemetery. On January 17, 1956, Billy was born to Artie Faye Cheadle in Cameron, Texas. He attended many schools in Roswell as named, Yucca Middle School, Sierra Middles School, and Roswell High School. Billy held a record at Sierra Middle School for long jump in track and was also a city champ. He lettered in all sports from every school he attended. Billy played football for Roswell High, where he became an All-American for running back in 1974-1975. He later worked at the Pepsi Company and Nova Bus for many years. Billy enjoyed watching his Seattle Seahawks play. He loved watching wrestling and his all-time favorite wrestler, “The Head of the Table Roman Reigns.” Billy enjoyed going cruising with his two good friends: Efrain and Raul. He enjoyed being around his kids, grandkids, and brother any chance he got. If you knew Billy, he was loyal to everyone who crossed him. He was known to everyone as “O.G.” Billy is survived by his sons: Ray Smith and Jack Salcido; daughters: Adelina Salcido-Martinez and Keyanna Warner; brother, James Edwards, and Brenda Salcido; son-in-Law, Joseph Martinez; thirteen grandchildren; and a host of family and friends. Billy was preceded in death by his mother, Artie Faye Cheadle, daughter, Crystal Faye Smith; grandmother, Genolia Smith; uncle, Willie Smith; aunt, Joyce Allen; and his cousin Gloria Allen. Honored to serve as Pallbearers are Joseph Martinez, Javier Jaramillo, Johnnie Allen, Jez Allen, Charles Harper, and David Allen. Chosen as Honorary Pallbearers are Thomas Davis, Albert Hill, Frank Brenn, David Asplund, Steve Wagonner, Ray Smith, Angel Rodriguez, Ray Baca, and Efrain Escareno. Please take a moment and share a kind thought or memory with Billy’s family at www.andersonbethany.com. Billy’s tribute was written in his honor by his family.

Billy Ray Smith, 66, of Roswell, New Mexico, passed away peacefully at his home on Thursday, January 27, 2022. A Viewing will be held on Thursday, February 3, 2022, from 1:00 PM to 7:00 PM at Anderson Bethany Funeral Home. Funeral services... View Obituary & Service Information

The family of Billy Ray Smith created this Life Tributes page to make it easy to share your memories.

Send flowers to the Smith family.