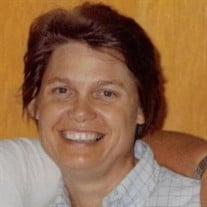 Freda Christine Meaders Ellison passed away on September 29, 2021, at the age of 92. She was born on July 6, 1929, to William Rainey Meaders and Lue Alyce Parker in Dallas, Texas. Having graduated from high school in Albuquerque, New Mexico, she met and married Max Elwin Cooper there in 1949, and the couple had three children together. After her husband was killed in 1960 during a Colorado rock climbing accident, she and her children moved to Roswell, New Mexico, to be close to family, and in 1964 she married Lendall Newton Ellison, who had a daughter of his own. The couple blended their families and raised all four children together. Freda lived her life entirely selflessly, raising her children, as well as a grandchild and great-grandchild as her own. Lendall and she recently celebrated their 57th wedding anniversary, living most of their lives together in Roswell, New Mexico. As a bookkeeper, she was employed by Smith Mechanical for some time, and then for Eastern New Mexico Medical Center until she retired. She was predeceased by a son, Michael Rainey Cooper, both parents, a sister, Norma, and a brother, William. She is survived by her husband, Lendall, who resides at their home; two children: Lawrence Cooper and wife Laura, and Christine Young; six grandchildren: Kristy Glennis, Alyce Reddell and husband Robert, Kelli Roberts and husband Kevin, Charlie Young, Bryana Villalobos and husband Alex, and Keith Cooper; eight great-grandchildren: K’Lee Ellison and wife Tara, Aiden, Ashtyn, and Ariana Villalobos, Eric and Colton Reddell, Cody and Hayden Young; four great, great-grandchildren: Owen and Preston Rossman, and Brycie and Ryker King; and extended family members. Her heart was always big enough to love and include all those who became a part of her life. Anderson-Bethany Funeral Home is working with the family with a direct cremation. There will be no official memorial service; in lieu of flowers, the family requests that those interested may donate to either the Alzheimer’s Foundation of America, https://alzfdn.org/support-us/donate/, or the Bright Focus Foundation, https://www.brightfocus.org/research/alzheimers-disease-research-program. Please take a moment and share a kind thought or memory with Freda’s family at www.andersonbethan.com. Freda’s tribute was written in her honor by her family.

Freda Christine Meaders Ellison passed away on September 29, 2021, at the age of 92. She was born on July 6, 1929, to William Rainey Meaders and Lue Alyce Parker in Dallas, Texas. Having graduated from high school in Albuquerque, New Mexico,... View Obituary & Service Information

The family of Freda Christiine Meaders Ellison created this Life Tributes page to make it easy to share your memories.