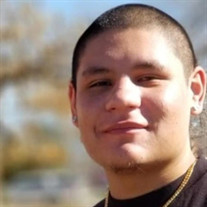 The family of Jo-Nicholas A. Aguilar Herrera created this Life Tributes page to make it easy to share your memories.

The devil whispered to the “warrior” you’re not strong enough...