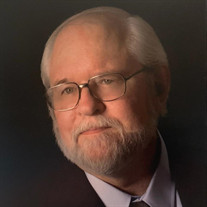 John Taylor (May 26, 1945 – May 4, 2022) Chavez County lost one of it’s most dedicated and honorable Veterans. John Howard Taylor went home to be with his Lord and Savior on May 4, 2022 at the age of 76. He was born to Howard F. Taylor and Juanita Francis Taylor on May 26, 1945 in Albuquerque, New Mexico. They moved to Hampton, Virginia, where at the age of 8, John started playing baseball. His talent and skill over the years earned him a baseball scholarship to Virginia Military Institute. During his years at VMI, he went from Lance Corporal/Sophomore/Third Class to Staff Sergeant Squad Leader. While playing baseball at VMI, he was offered a contract with the Boston Red Socks, which he was not able to accept because he received a draft notice from the Army. John’s military service to his country began at Ft. Bragg, home of the 82nd Airborne. John received the Top Soldier Award there. He then went to Ft. Dix for Advanced Infantry Training. In Weisbaden, Germany, he qualified for Airborne School and was assigned to the 509th Airborne in Mienz, Germany. While in Germany, he received his orders for Vietnam. His military unit designation was 101st Airborne Ranger, Special Operations Unit-Spec Ops. He was Airborne Ranger, Sniper qualified with C Company of the 1st 502nd 101st Airborne Division. John’s unit, about 150 strong, was sent on a reconnaissance mission, later known as the Tet Offensive, when they were overrun by a division of approximately 1000 of the regular North Vietnamese Army. John was hit in the stomach, side and the elbow with rounds from an AK47, then stabbed in the back with a bayonet. Of his Platoon of 27, John, Sergeant Hussy and their Platoon Leader were the only survivors. Sergeant Hussy dragged John to the medevac helicopter. After he was flown back to the States, he was in the hospital for 13 months. Due to his injuries, he was retired with an honorable discharge. His service awards are as follows: Top Soldier in Basic Training Two Purple Hearts National Defense Service Medal Vietnam Service Medal Vietnam Campaign Medal with one device Army Good Conduct Medal Vietnam Wounded Medal Senior Parachute Wings Combat Infantry Badge H.A.L.O. Badge Drill Instructors Badge Glider Patch Ranger Tabs He qualified Expert for the rifle, automatic rifle and machine gun to become a Sniper. After his military retirement, his career led him into Business Administration with his focus on Nursing Home, Home Health and Hospice. When he relocated to Roswell, he was the CEO of Chavez County Home Health and Hospice and Roswell Home Care. John served his community with great pride and love. He was very active in many organizations. He was a life member of the Purple Hearts and Disabled American Veterans. He served as Vice Commander of Post 559. He was a member of Leadership Roswell, and the Roswell Rotary Club. He was on the Board of Directors of Roswell Leadership Alumni Association, the Red Cross, the American Cancer Society, United Way of Chavez County, La Casa de Bueno Salud, City Veterans Day Parade, the Roswell Community Health Association and the Roswell Commission on Aging. He was asked to be the Veterans Advocate for the Roswell Daily Record. He started his weekly column in 2005 and continued to do so until April 2022. He was a tireless advocate and loved writing his articles to help serve the Veteran community. He was passionate about sharing his story so that men and women in the cemetery would never be forgotten and the future generations would know the lengths to which others sacrificed for their country. He was so proud when he was asked to join the Roswell Honor Guard. It very quickly became the love of his life. It meant so much to him that he and all those on the Honor Guard team were able to serve Veterans and their families in their time of need. After several years on the Honor Guard, he was asked and voted in to be their Commander. He served for approximately 20 years with an incredible group of dedicated members. They served their fellow Veterans at funerals, Memorial Day at South Park Cemetery, Veterans Day activities, city golf tournaments and other citywide functions. John loved the Lord and knew when he took his final breath that he would be in the loving embrace of his Lord and Savior. John’s life was one of incredible perseverance through many trials. He survived against all odds. He amazed everyone at his strength and courage throughout his life. John is survived by his wife, Carol (Dita); daughters, Ashley and Heather Taylor; and son Jonathan Taylor. He will be dearly missed. The family would like to thank Anderson-Bethany Funeral Home for their love and service to John and family. We would also like to thank Dr. Hamid Feroze, Barbara Winton, Carol Holland CFNP, Fresenius Kidney Care and Encompass Home Health for their love and care of John over the years. Graveside services will be held Friday, May 13, at 10 am at General Douglas L. McBride Veterans Cemetery. Visitation will be from 7 to 9 pm on Thursday, May 12 at Anderson-Bethany Funeral Home. In lieu of flowers, donations may be made to Chavez County Veterans Association.

The family of John Howard Taylor created this Life Tributes page to make it easy to share your memories.

Send flowers to the Taylor family.