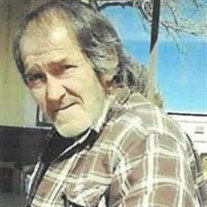 Johnny (John) Edward Hunt loving son, brother, uncle, and friend passed away in Las Cruces, New Mexico, at Mountain View Regional Medical Center on Monday, November 8, 2021, at the age of 58 surrounded by family. He was born on December 13, 1962, to William Edward Hunt and Mollie Louise (Collins) Hunt in Chelan, Washington. Johnny was loved by everyone that knew him. He was preceded in death by his grandparents: Walter and Margaret Collins; dad, William Edward Hunt; brother, Albert Lee Hunt both of Hagerman, New Mexico; as well as his nephew, Joshua Hunt of Phoenix, Arizona. He is survived by his mother, Mollie Hunt; brothers: Raymond Hunt both of Dexter New Mexico; brothers: Walter Gene and William and his wife Kim and their children: Tamara, William, and his daughters: Amy, Alyssa and Angela, Jennifer her husband Jose and their children: Elise, Dario, Joselyn, Sierra, and her son, Joshua; sister, Margie Hunt and her daughter Savannah and her husband Rafael and their children: Aiden, Marcella, RJ and Jovahni all from Roswell. Johnny's family is planning an informal day of remembrance as his wishes to be cremated with no formal services have been followed. Please take a moment and share a kind thought or memory with Johnny’s family at www.andersonbethany.com. Johnny’s obituary was written in his honor by his family.

The family of Johnny (John) Edward Hunt created this Life Tributes page to make it easy to share your memories.

Send flowers to the Hunt family.