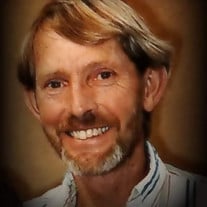 Kenneth D. “Kenny” James of Roswell, New Mexico, joined his savior with a new body on January 24th, 2022, at the age of 67. Please take a moment and share a kind thought or memory with Kenny’s family at www.andersonbethany.com. Kenny was born in Hobbs, New Mexico, while his father was supporting his family as a building contractor. The family returned to Roswell, and after high school, Kenny joined his father with Anderson Building Company. He learned his trade from master carpenters, and his skills were sought after and admired throughout the community. He enjoyed teaching these skills to others and passed them on to each of his sons. Kenny was a member of the Roswell First Church of the Nazarene. In 2007, he went to Budapest, Hungry, to use his craftsman skills in service to the Lord to help build a parsonage on a mission trip. His marriage to Cynthia Peters gave him his first daughter in 1976. In 1979 he married his lifetime love, Laura Wolgamott. Together they raised four sons and a daughter – Roswell’s own “James Gang.” He dedicated his life to providing for and loving his family. He doted on his children and grandchildren. Kenny’s kind and easygoing way made him many friends from all walks of life, but he was quick to put a bully in his place and take up for the underdog. He was preceded in death by his father, Kenneth S. James, in 1996. Kenny is survived by his wife Laura James; his daughters and sons: Kezia Wells and husband David of Ruidoso; Brian James and wife Priscilla; Allen James; Nathan James; Evan James; Mary Romero and husband Santiago, all of Roswell; grandchildren; Calista Wells, Lillie Wells, Anabelle James, Ethan James, Anika Saenz, Michelle James, AJ James, Eli James, Zellabell Romero; great-grandson, Wesson McKerral; mother, Shirley James, of Roswell; sister Barbara Walsh and nephew Matthew Walsh. A celebration of life will be held in Kenny’s honor at First Church of the Nazarene, Roswell, New Mexico, 501 N. Sycamore Ave., at 11:00 am on Saturday, January 29th, 2022. Lunch gathering will follow for family and friends. A live stream will also be available on YouTube and Facebook. Links can be found at Ros1Naz.org. In lieu of flowers, the family requests that donations be made to the First Church of the Nazarene, Roswell, New Mexico, designated to the “Level Club” to support church construction projects worldwide. Kenny’s tribute was written in his honor by his family.

The family of Kenneth D. James created this Life Tributes page to make it easy to share your memories.

Send flowers to the James family.