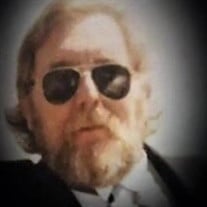 Michael Charles Bailey was born on June 23, 1953 in Lawton, Oklahoma. He was the son of Guy Bailey and Doris Collins Bailey. Michael was raised in Roswell NM attending the Roswell schools. Michael was saved and baptized at Shady Grove Baptist Church with Pastor Trelland Tillery. Michael had a special bond with the Tillery family and considered them treasured friends. After the loss of his parents at the tender age of 13, Michael was taken in by cousins, Kay & Willie Reed. They provided him with a good home, but this tragic loss had a huge impact on Michael and he became a wanderer throughout his life. At the age of 19, Michael joined the Navy and proudly served our country for 2 years. Upon discharge, he began traveling around the U.S. from Boston to Roswell. He pursued many degrees and was a counselor by profession. Michael had a special place in his heart for the lost and the homeless. He spent much time at the Joy Junction Homeless Shelter in Albuquerque. He was a very private person, but made many friends along the way. Hillary, PJ, Jim & Jake were just a few to mention. Michael finally settled down when he met and married the love of his life, Penelope Sullivan Bailey. He just adored Penny and enjoyed her companionship. They both shared a love for animals, especially cats. They both enjoyed music. Michael carried around his guitar and was always ready to play for anyone who was willing to listen. They both shared a passion for the Renaissance Era. They attended many Renaissance Fairs and events. They enjoyed participating in the re-enactments. Michael was very proud of his bow & arrows and especially of his sword collection. After the loss of his beloved Penelope Michaels health began to fail. He moved to San Pedro Rehab & Nursing Facility in Artesia, NM to spend time with friends and family. Sadly, He passed away on Friday, April 23, 2021 with some family at his side. Michael leaves behind 2 brothers, Tommy Joe Zanovec and Gary Duane Zanovec of Oklahoma; nephews: Billy Dean Bowman, Kevin Bowman, Zane Bowman and Bobby Bowman all of Texas; sister-in-law, Carol Bowman of Abilene; and a host of cousins throughout the area. He shared a special connection with his cousin, Shauna Daffern, whom he considered to be like a sister. He also leaves behind a godson, Padraic Kelisek. He is preceded in death by his brother, Billy Leon Bowman; an infant son, Joseph Andrew Bailey and his beloved wife, Penelope Bailey. The family will have a private service at the General Douglas L. McBride Veterans Cemetery in Roswell, NM. Michael and Penelope will be laid to rest together as they had requested. The family would like to extend their gratitude to Bernadette and Cynthia for assisting in his big move. Also to Heather, Kaylee, and Eli Coats for their love and continued support. Thank you to San Pedro Rehabilitation and Nursing and Artesia General Hospital for the exceptional and compassionate care that was provided to Michael and his family. Funeral services are under the direction of Anderson Bethany Funeral Home. Please take a moment to share a kind thought or memory of Mike and Penny at www.andersonbethany.com. Michael’s tribute was written in his memory by his family.

Michael Charles Bailey was born on June 23, 1953 in Lawton, Oklahoma. He was the son of Guy Bailey and Doris Collins Bailey. Michael was raised in Roswell NM attending the Roswell schools. Michael was saved and baptized at Shady Grove Baptist... View Obituary & Service Information

The family of Michael Charles Bailey created this Life Tributes page to make it easy to share your memories.

Send flowers to the Bailey family.