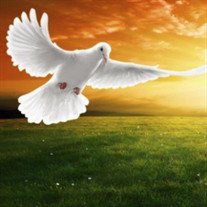 Richard Gene Holdridge, 79, passed away on Friday, March 19, 2021, in Roswell, New Mexico, after a long illness. Please take a moment and share a kind thought or memory with Richard&#8217;s family at www.andersonbethany.com. SERVICES: There... View Obituary & Service Information

The family of Richard Gene Holdridge created this Life Tributes page to make it easy to share your memories.

Send flowers to the Holdridge family.