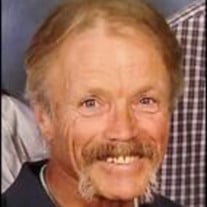 Robert Summers Stockton (Cowboy to his oldest friends), 70, of Dexter and Tucumcari NM, died unexpectedly but peacefully on January 6, 2022 in Tucumcari, NM. Memorial services are scheduled for 10:00 AM, Wed, January 19, 2022 at Anderson Bethany Funeral Home, the family has had a private burial. Floyd Goodloe of Capitan, NM will lead the memorial service. Bob was born Feb. 9, 1951 in Roswell, NM, growing up working with cattle, horses, and Shetland ponies. He graduated from Goddard High School then Airline Training school and worked for a major airline for a time, until he went back to what he liked best-cattle ranching and raising and training horses. On January 12, 1979 Bob married Jane Littlefield Malone in Roswell, they were a week away from celebrating their 43rd anniversary. He was an exercise rider in Roswell for some years for AQHA Hall of Fame trainer Charles (Bubba) Cascio, riding with accomplished jockeys Jerry Nicodemus and Mike Smith, on outstanding race horses such as Dash For Cash, Wendy Ryan & Maskeo Lad. When Bubba offered Bob the chance to go to California, where he and Mike would ride, he decided to stay in NM. Bob jockeyed some of his and Janie’s horses at various tracks, and trained and raced some of their horses at Ruidoso Downs. A man of many talents, for a time in the 1980’s Bob designed and built Southwest wooden furniture through Hondo Design Co, a family business run with Janie and his father-in-law, Charlie Malone. Bob was a meticulous builder and built many types of furniture, some of which are still in use today-he built the pieces to last. He also loved working with disabled children and adults at Reins For Life-a horseback riding therapy facility in Dexter, NM; he would come home with joy for his clients advances and tears for their difficulties. Bob then managed ranches until he ‘retired’ to manage son Matt’s farm/ranch in Tucumcari, NM. He was so proud of each of his sons, Matt and Will, and enjoyed coaching, teaching, and supporting their boys in all they did. Bob was preceded in death by his parents, Oscar Summers Stockton and Nell Bain Stockton, his father and mother-in-law Charles F. and Margaret (Margie) Malone and his sister and brother-in-law Meg Malone Sullivan and Jack Sullivan. He is survived by his loving wife Jane, his beloved sons Matthew Summers Stockton and William Littlefield Stockton, sister-in-law Katharine Ann Malone, brother-in-law Charles F. Malone, Jr. (Chad), and Chad’s son Thomas Ian Malone. Honorary pallbearers are Matt Stockton, William Stockton, Chad Malone, Rick Smith, Billy Byrd, Billy Key, Vic Hamill, and Carl (Coke) Foote. In lieu of flowers, if you wish, memorials may be given to the Assurance Home, 1000 E. 18th St., Roswell, NM 88201, or the charity of your choice. Arrangements are under the care of Anderson Bethany Funeral Home, Roswell, with the family’s thanks as well to Dunn Funeral Home in Tucumcari, NM.

The family of Robert S. Stockton created this Life Tributes page to make it easy to share your memories.

Robert Summers Stockton (Cowboy to his oldest friends), 70, of...

Send flowers to the Stockton family.