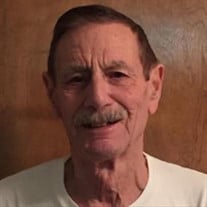 Ronald Tyler Smith, 83, passed from this life on Wednesday, May 18, 2022. Ronald was born on December 12th, 1938, to Ralph Tyler and Nola Thelma Smith in Belton, Texas. His childhood was spent in Belton alongside his older sister, Charlsey, where he went to elementary and middle school and was a 1956 graduate of Belton High School. Ronald then attended Texas A&M University. He was a member of the "Fightin' Texas Aggie Band" where he played the baritone. He graduated in 1960 with a Bachelor's degree in Agronomy. During his college years, Ronald married his high school sweetheart, Jonita Moore Smith. In the years that followed, Ronald and Jonita had three children: Ronald Tyler Smith Jr., Sherri Smith, and Joanne Smith (Crawford). Jonita passed at the young age of 40 due to leukemia. Ronald was always so proud to be a Texas A&M Aggie. When his children were young, he loved taking them to the Aggie football games, including Yell Practice by the Aggie bonfire, and taught them the Aggie War hymn that they would all sing. Ronald would always make sure everyone had a new A&M shirt before leaving the games. Even in his later years, he was still so proud to be an A&M Aggie and was always eager to tell everyone he encountered that he was an Aggie. He enjoyed watching Texas A&M football games on TV as well and loved anything that had the A&M logo on it-- from hats and shirts to car stickers and even a pumpkin that had a Texas A&M logo on it that he gave his youngest grandson, Luke, this past fall. Upon graduating from Texas, A&M University, Ronald enlisted in the Army National Guard of Texas amid the Vietnam War. Although he was not selected to serve in the Vietnam War, Ronald was prepared to serve his country proudly. In 1978, Ronald married his second wife, Dorothy Savage. Although their marriage was short-lived, together they had one son, Ralph H. Smith, in 1979. Ronald worked for many years in agricultural chemical sales, later working for the company Griffin & Brand of McAllen, Texas. Working for Griffin & Brand gave Ronald the opportunity to work abroad as an agronomist. He worked in Tampico, Mexico for 17 years, El Salvador for a few months, and Guatemala for one year, where he met Raquel Echeverria Zambrano, who would later become his wife of 35 years. After working in Guatemala for one year, Ronald and Raquel got married in March of 1987 and moved to Roswell, New Mexico where Ronald was in charge of the onion farming operation for the company Meal Makers. In 1990, Ronald and Raquel welcomed their daughter, Kathy M. Smith (Blount) in Roswell, NM. A few years later, Ronald began working for Griffin & Brand of Hereford, Texas, where he worked alongside local ranchers in Dexter, NM, Hagerman, NM, and Roswell, NM to produce and manufacture onions and green peppers for the company. Many farmers knew Ronald as "the bug man" as he turned many failing crops into a success. In 2004, Ronald retired from Griffin & Brand. However, he did not enjoy sitting around the house as much as he thought he would. It was because of this that in 2005, Ronald decided that he wanted to stay busy and feel productive and began working at the Roswell Walmart in the Lawn & Garden department, which suited his interests very well given his long career in Agronomy. Ronald worked there until 2017, when he decided to stop working. When Ronald was not working, he enjoyed spending time outdoors with his youngest daughter, Kathy, during her childhood. He thoroughly enjoyed teaching her how to grow tomatoes but most of all, he loved riding his bicycle with her for miles at a time. He enjoyed telling people how much he loved riding his bicycle with her and even in his later years, would attempt to ride his bicycle any chance he could. Preceded: Ronald was preceded in passing by his older sister, Charlsey Samuels, and their parents: Ralph Tyler and Nola Thelma Smith. Survivors: Ronald is survived by his wife of 35 years: Raquel E. Smith; Ronald T. Smith, Jr. (son); Sherri Smith (daughter); Joanne Crawford (daughter); Ralph H, Smith (son); and Kathy Blount (daughter) and her husband, Daniel Blount. Ronald is also survived by his three granddaughters: Ashlie Walpole, Leigha James, Emerson Smith, and two grandsons: Drake Nelson and Luke Blount. A private service will be held when Ronald's cremated remains are placed in a columbarium at the General Douglas L. McBride Veteran's Cemetery. Please take a moment and share a kind thought or memory with Ronald’s family at andersonbethany.com. Ronald's tribute was lovingly written in his honor by his family.

Ronald Tyler Smith, 83, passed from this life on Wednesday, May 18, 2022. Ronald was born on December 12th, 1938, to Ralph Tyler and Nola Thelma Smith in Belton, Texas. His childhood was spent in Belton alongside his older sister, Charlsey,... View Obituary & Service Information

The family of Ronald Tyler Smith created this Life Tributes page to make it easy to share your memories.

Ronald Tyler Smith, 83, passed from this life on Wednesday, May...

Send flowers to the Smith family.