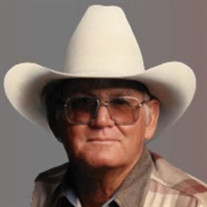 ROSS HARDEN HARE passed away at the age of 87 on Wednesday, December 09, 2020, in Roswell, New Mexico. Please take a moment and share a kind thought or memory with Ross&#8217;s family at www.andersonbethany.com. Born February 12, 1933, to James... View Obituary & Service Information

The family of Ross Harden Hare created this Life Tributes page to make it easy to share your memories.

ROSS HARDEN HARE passed away at the age of 87 on Wednesday, December...

Send flowers to the Hare family.