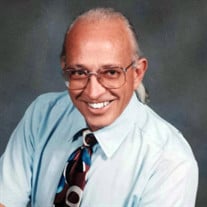 Troy Dean Turpen Obituary "When you have more than you need, you build a longer table, not a higher fence" Troy Dean Turpen lived his life as such. He was born April 28th, 1949 in Shamrock, Tx. to Elmer Richard Turpen & Mildred Vienne Boen Turpen. Throughout his life he had many accomplishments. He graduated from Hagerman High in 1967 and went on to serve as a Coreman in the US Navy. Next he graduated from ENMU as a Registered Nurse. He devoted the following 45 years of his life caretaking for the folks of the Pecos Valley. He was thorough at his task and brought a comforting smile to their worries. They knew they were in good hands if he was their RN. Troy was also an Ordained Minister and held a church service in his home 3 times a week for the small community of Hope, NM where he also later became the Mayor. Out of all of his accomplishments, his greatest was the family he built. He married Darlene Kay Dees the year following high school, on April 6th, 1968. Together they created their life around love. They worked hard to ensure their family was taken care of. Once you sat at their table, you did not lose your seat. Come hell or high water, you were always family & treated as such. No amount of time, distance or heartache breached that bond. Troy was preceded in death by both parents, brothers Voy & Larry, sister Linda, his wife Darlene, son Nathanael and grandsons Richard & Little Troy. Those left to cherish memories are his children, Jeff & Stacie Turpen, Jolynn Turpen and Courtney & Clifton Link. His grandchildren, Kevin, Cody, Krystan & Rebecca Turpen, Jayden & Xavyer Reed, Aleya Turpen and Bryce & Jakob Link. Great-grandchildren are Laurel & Jaeda Rose, Hunter Turpen, Zuri Kasuboski, Wyat, Paige, Jeffrey William, Anna, Aurora & Grace Turpen and Alizea & Mia Pemberton. As well as many other family & friends. Troys Honorary Pallbearers are Marvin Roberts, Jerry Berg, Kevin & Cody Turpen, Daniel Pemberton and Jayden & Xavyer Reed. His family was by far what filled his heart and put that memorable smile upon his face. All the littles in his life would eagerly ask to go to Papas. They enjoyed his nurturing ways. Anytime the kiddos would see him, he always had candy in his pockets for them. Troy made delicious donuts & tortillas. Always making sure everyone's belly had something yummy in it. It was the simple things he taught. Troy was an amazing piano player and the family listened to him play often. As his music filled the house, love filled all their hearts. Troy also had a thirst for gambling. He kept it on a budget, but boy did he get a kick out of playing. He was like a kid in a candy store when he'd get a free spin. For a moment all of his worries lifted and he'd light up, sometimes doing a lil' jig. Troy will be remembered greatly by his long conversations. Whether it was with a young child or a grown adult, he could carry on with the best of them. From his own stories, to novel advice, to giving some of his quirky humor, there was always an abundance of talking to be had. He had a way of making you want to listen and making you want to speak. A welcoming, matter of fact view on life. His conversations were priceless. On Wednesday morning, December 22nd, at his home, his journey beyond this earth started. Heaven had one amazing reunion! His body had given its all and it was time for his peace. The relief from his vessel must have been beautiful. He lived a long and full life. His loved ones are blessed. He was such a caring soul and made sure everyone around him was taken care of. He opened his home, his heart & his life. What a wonderful Papa! We will honor Troy's journey here with us on Saturday, January 8th, 2022 at the Hagerman Community Center. Services will begin at 12:30 with graveside to follow immediately at the Hagerman Cemetery. Please join us to celebrate Troy Dean Turpen, our Papa and the life he so well lived. Flowers can be sent to Anderson-Bethany and in lieu of flowers, any donations to Hagerman Community Center c/o Rebecca Turpen. Troy's tribute was written in his honor by his family.

Troy Dean Turpen Obituary "When you have more than you need, you build a longer table, not a higher fence" Troy Dean Turpen lived his life as such. He was born April 28th, 1949 in Shamrock, Tx. to Elmer Richard Turpen & Mildred Vienne Boen Turpen.... View Obituary & Service Information

The family of Troy Dean Turpen created this Life Tributes page to make it easy to share your memories.

Troy Dean Turpen Obituary
&quot;When you have more than you need,...

Send flowers to the Turpen family.